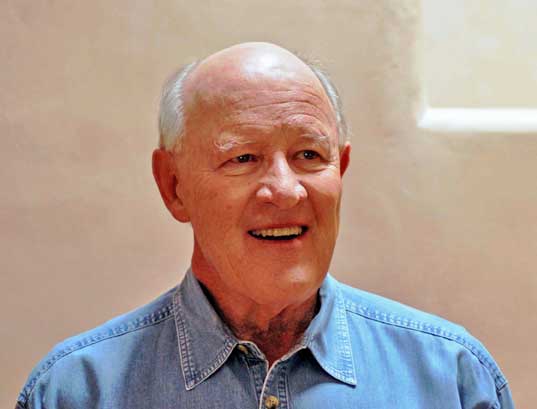 I earned degrees in business and law at the University of Arizona, and practiced law in Phoenix Arizona with Jennings, Strouss & Salmon from 1967 to 1998. I started my own solo practice in 1999 am now a part-time lawyer with a focus on ethics and professional discipline.

I teach creative writing and ethics to law students at Arizona State University’s Sandra Day O’Connor College of Law. I write every day. My stack includes hundreds of short stories, articles, monologs, op-eds, teaching materials, CLE materials, and blogs about writing and writers. I write about the American civil and criminal justice systems. My characters include invented—or real—lawyers, cowboys, cowgirls, judges, clients, old west heroes, outlaws, in-laws, and horses. I use the 5th, 6th, and 14th amendments to the United States Constitution as characters and solutions in all of my books. The Old West may be thought of as lawless, but the people of the 1800s knew about justice. So, justice is the narrative arc in all my books.

Gallup, Tucson, and Darlene are my horses; they’ve taught me a good deal about who I am over the last thirty years. Ten Shoes Up was the first of a three-book novel series set in the 1880s along the New Mexico Colorado border. My protagonist, Angus, is an iconic 1880s cowboy. Mostly, he rides alone in the high country on the New Mexico-Colorado border looking for outlaws, in-laws, and trouble. It comes to him naturally, especially when he talks his horse into crossing a new river. These books can’t be booted down into the traditional Western genre.

They chronicle the challenges that young men and women faced at the turn of the 19th Century.

My nonfiction true-crime books focus on trials and tribulations from the 1930s to 2015. From the perspective of justice and due process, they repeat much of what happened in the 1880s. I don’t write about the future, but I can always hope that justice and the rule of law will be alive and well long after I’ve tried my last case and written my last book.

In 1994, I wrote my first legal textbook, The Ethical Trial Lawyer, published by the Arizona State Bar Association. In 1998, I started writing long-form fiction and nonfiction and attending writing conferences instead of bar conventions. I wrote my first novel (The Gallup 14) in 2000, published by the University of New Mexico Press.  My first legal story (Miranda—The Story of America’s Right to Remain Silent) was published in 2004 by the University of Arizona Press. My second novel (AIM for the Mayor—Echoes from Wounded Knee) came along in 2008. By then I had become deeply invested in true crime nonfiction starting with Innocent Until Interrogated—The Story of the Buddhist Temple Massacre. The University of Arizona Press published it in 2010.

The Miranda book was about true confessions given by guilty defendants who confessed without knowing they had a Fifth Amendment right to remain silent. Innocent Until Interrogated is about false confessions given by defendants who did not believe they had any choice because they had spent days in custodial interrogation by corrupt cops.  Those two books led to my writing the true story of one of Arizona’s most important wrongful conviction cases—Anatomy of A Confession—The Debra Milke Case. The American Bar Association published it in 2016. It is the true story of a woman convicted of killing her son based entirely on a confession she never gave.

My most recent book is a biography of Arizona’s “Most Favorite Son.” The title is Call Him MAC—Ernest W. McFarland—The Arizona Years. The University of Arizona Press released it on September 16, 2018.

I finished my first mystery novel in 2017. It will be released in October 2018, titled Let’s Disappear. It is the first in a two-book series. The protagonist is 17-year old girl. She becomes living proof that you are who you say you are. If she has a brother, he is proof you might not be who you think you are. No one has ever seen them together because one, or the other is always absent—disappeared.