“Your consciousness is your contribution to reality. What you perceive as real becomes real.”

In Part One of this topic, I blogged about historical fiction—that is—fact or fiction. Do historical fiction writers tell the truth, or a tall tale? The Fiction Dictionary[1] defines a “tall tale” as “Humorous—sometimes darkly humorous—and often preposterous stories of life on the American frontier.”

How tall must a tale be before we question the writer’s ethics? Is mimicking the truth tall enough? Does the writer try to convince the reader of something that likely did not happen, but might have happened? What say the writer about setting his or her tall tale? Not a plain tale, but a tall one, tall enough to make the details seem believable, but the story doesn’t?

What about the line—that ethical line—between legend and tall tale?

Fact is, tall tales were generally told for entertainment. They are legendary—Paul Bunyan—Dr. Jekyll—Davey Crockett—Mr. Hyde—Donald J. Trump? They are the folk heroes of tall tales. How tall was that tree? Was he a real physician? Did he really kill all those many bears? Was his inauguration crowd really that big? Would he have won the popular vote if those three million votes hadn’t been fakes?

One of America’s best historical fiction writers wrote a book in 2018 that is indubitable.[2]  It is Paula McLain’s “Love and Ruin—A Novel.”[3] In her most recent historical novel, Ms. McLain, author of “The Paris Wife,”[4] returns to the subject of “Ernest Hemmingway in a novel about his passionate, stormy marriage to Martha Gellhorn—a fiercely independent, ambitious young woman who would become one of the greatest war correspondents of the twentieth century.”[5] Some simply accept a writer’s statement that her book is a novel as proof it is fiction rather than history. But Ms. McLain goes well beyond that simplicity. She describes her work as a “blending of fact and fiction.”[6] She “sifts through historical facts on record to find the story within the larger story . . . to tell . . . based on concrete, absolutely essential source material that grounds my research.”[7] In her “Note on Sources” she cites scores of nonfiction writers, biographers, history books, text books, and many works of pure fiction by her subjects, Ernest Hemingway and Martha Gellhorn. Most important, she explains the Gellhorn in her novel “isn’t the Gellhorn, for how could she be?”[8]

She says Marty Gellhorn, the subject of her book, is a mystery, the way we’re all mysteries to our friends, family, and loved ones, and even to ourselves. She is clear about discovering Gellhorn who was, “whatever her flaws, she was incandescent, a true original.” She assures her readers that Gellhorn’ s biographers contradicted each other. She found places where Gellhorn herself made errors of memory.

I think the ethics issue is emotional truth rather than literal truth. That’s why we call it historical fiction.

[2] Meaning it is impossible to doubt; unquestionable; as in “an indubitable truth.” 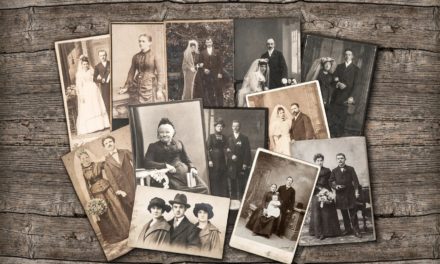 Is Historical Fiction Ethical? Part One