The ethics of writing a diary are exceptionally challenging because they involve the writer, not the reader. In other genres, the ethical fallout inflicts or influences the reader. Consequently, the ethical assessment is on both the writer and the reader. Diarists write only for themselves. So ethical mishaps are self-inflicted.

By definition, a diary is “a record, originally in handwritten format, with discrete entries arranged by date reporting on what has happened over the course of a day or other period.”[1] People who write diaries are motivated to write their own thoughts privately. They reflect on themselves and others in good and bad times, in joy and sadness, and always under the private assumption that what they write is private.

A diary is not a journal. Journals are at best second cousins in the writing world. A diary is strictly a record of personal and daily experiences. A journal is more general and less personal. It is more logbook and less revealing. Journals are written by technicians, scientists, newspaper reporters, and other “ists.”

The art of diary writing and its most common attributes provide ethical norms. Diarists should write chronologically, taking care to record dates, and revealing private feelings or reactions. If they fail in either instance, they are ethically suspect for missing the central point of writing a diary—it’s a private recording of past events. Keep true to that.

Diarists owe themselves something not routinely seen in other forms of writing: self-discipline. They don’t expect a particular outcome or result, but the habit itself requires a stick-to-it frame of mind. Those norms also apply to other writing genres, but in diary writing, they are foundational precepts. If diarists fail, they have only themselves to blame. Blame is an ethical construct.

Self-revealing is another core requirement for diarists. For almost everyone at every stage of life, the need to share feelings is part of life. But not necessarily part of writing about your own life. Diarists do not want anyone else knowing their business. For them, diary writing is a way to self-heal. Getting how you feel down on paper helps. It allows writers to find perspective. The ethical norm is telling the truth about yourself to yourself.

Diary writing also calls for a special kind of writing well beyond diction, description, and profluence. It is stream of consciousness writing. It is narration that describes happenings in the flow of thoughts in the mind of the writer. Stream of consciousness writing is not limited to diarists. James Joyce used it in “Ulysses.” Virginia Woolf turned it into a distinct art form in two books: Mrs. Dalloway and To the Lighthouse. Faulkner sound furious in his The Sound and the Fury.

Diary writing is ancient; Marco Polo wrote his sometime between 1254 and 1324. Beethoven wrote both music and a diary during his long life at the writing bench and the piano from 1770 to 1827. My personal favorite diarist is Charles Darwin because of his meticulous longhand record on a 3” by 4” leather binding, on board the HMS Beagle from 1831 to 1836. All three were private until their authors made them public. No ethical mishap there. They wanted their business known by the world and their diaries made it so.

In addition to being private, diaries also serve the public interest. Diarists best keep this in mind as they write. Unintentionally, they often become important historical resources. Even those diaries by ordinary people, writing of mundane daily life, carry a badge of authenticity. That’s because diarists write honestly. That’s an ethical norm.

Books are not diaries. They may include content from diaries, but whether in fiction or not, books are very different. Proust said, “A book is the product of a different self from the self we manifest in our habits, in our social life, in our vices.”[2] Books are mostly made-up scenarios containing variable portions of truth, self-revelation, and self-doubt. Diaries, on the other hand, are almost entirely selfless, real, and true. Those are among the most desirable of all human traits. When they write for themselves, instead of others, they must be what they write. That’s an exceptionally strong ethical value. 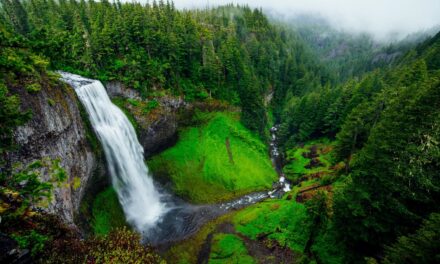