It could be maddening. It was maddening at many levels when Alex Pheby,[1] the author of “Playthings,”[2] cast a famous schizophrenic as the major character in his novel. Catherine Lacy called the book “maddening” in her New York Times review on August 12, 2018.[3] “When a writer casts a historical figure as the subject of a novel, the intrepid reader may ask why an element of nonfiction is needed to create a work of fiction, and how that work of fiction may expand or complicate a biography.” The easy answer is: it’s fiction, not biography. The harder question is why so reputable many writers have done the same thing. The answer to that harder question is because it works, as fiction. In her book review, Catherine Lacey passes literary muster. “The books hybrid position between the historical and the fictional makes it all the more potent.”

It’s not unusual for a writer to cast a real person as a fictional one.[4] It’s so common, the subject has inspired a whole book of its own: “The Godfather Was A Girl.”[5] Casting real people as fictional characters doesn’t pass ethical muster just because it’s popular among writers. But if it passes legal muster, it’s ethical. Libel is a false statement of fact “of and concerning” a person that damages their reputation.  The description of the fictional character must be so closely aligned with a real person that someone who knows that person would have no difficulty linking the two.  And, there must be an implicit belief that what the author said – notwithstanding her denials – was true.[6]

Robert Frost[7] may be best known for “The Ethics of Ambiguity.” James Timmerman examines Frost’s ethical positioning as a poet in the age of modernism.[8] The argument is that Frost constructs his poetry with deliberate formal ambiguity, withholding clear resolutions from the reader. Therefore, the poem itself (Ethics of Ambiguity) functions as metaphor, inviting the reader into a participation in constructing meaning. The ambiguity of ethical positioning was intrinsic to Frost himself. But by holding his poetry up to several traditional ethical views – Rationalist, Theological, Existentialist, Deotological, and Social Ethics – one may define a congruent ethical pattern in both the poetry and the person.

A website used by many writers[9] splits the hairs, and perhaps dodges the question. “Sometimes a story cries out for an appearance by a real person, perhaps a famous person your readers already know. Or an unknown person whose real life is indeed stranger than any fiction you can conceive. Did you ever want to write Zac Efron[10] into your romance novel or have Isaac Asimov visit the world you’ve created? Or maybe your next door neighbor lives a life that seems so mysterious and creepy it calls out for a story of its own, even if it’s a story that you’ve completely imagined. You know you can’t write the story of Stormy Passion with the real Zac Efron as the main character, or have Issac Asimov[11] visit your beautifully crafted dystopian world, or have Nelson Your Neighbor kidnap and murder little girls on your block, because there are all kinds of hairy, tentacled legal issues lurking in the dark, ready to spring out and get your book pulled from the bookshelf (wooden or digital) or never be published in the first place. Or can you write that story? Woody Allen has done it in his films, think Midnight in Paris. Joyce Carol Oates wrote Blonde reimagining a memoir of Marilyn Monroe. There are many examples of real people, famous or not, dead or alive, in fiction that are on bookshelves everywhere.”

To quote a former US President, who is not a famous novelist, whether it’s ethical to use a famous person as a character in a novel depends on “how you define ethics.” To quote the current US President, “If it gets you ratings, anything is ethical.” I resemble those remarks.

Alex Pheby is a British author and academic. He is known for his second novel, Playthings, which was described as “the best neuro-novel ever written” in Literary Review. The novel deals with the true case of Daniel Paul Schreber, a 19th-century German judge afflicted by schizophrenia who was committed to an asylum. In 2016, Playthings was shortlisted for the £30,000 Wellcome Book Prize.

[6] http://www.copylaw.com/new_articles/real_people_in_fiction.html  When Fiction and Reality Collide, By Lloyd J. Jassig.

[7] https://www.biography.com/people/robert-frost-20796091 A four-time Pulitzer Prize winner in poetry, American Robert Frost depicted realistic New England life through language and situations familiar to the common man. Born on March 26, 1874, Robert Frost spent his first 40 years as an unknown. He exploded on the scene after returning from England at the beginning of WWI. Winner of four Pulitzer Prizes and a special guest at President John F. Kennedy’s inauguration, Frost became a poetic force and the unofficial “poet laureate” of the United States. He died of complications from prostate surgery on January 29, 1963.

Zachary David Alexander Efron is an American actor. He began acting professionally in the early 2000s, and rose to prominence in the late 2000s for his leading role in the High School Musical franchise. During this time, he also starred in the musical film Hairspray and the comedy film 17 Again. He has since appeared in the films New Year’s Eve, The Lucky One, The Paperboy, Neighbors, Dirty Grandpa, Neighbors 2: Sorority Rising, Baywatch and The Greatest Showman. See, https://en.wikipedia.org/wiki/Zac_Efron 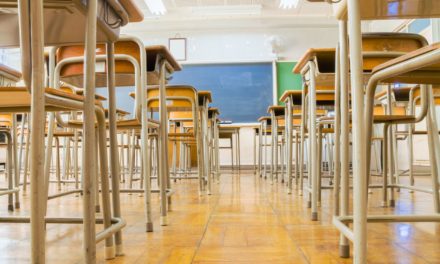