The Ethics of Whistleblowing 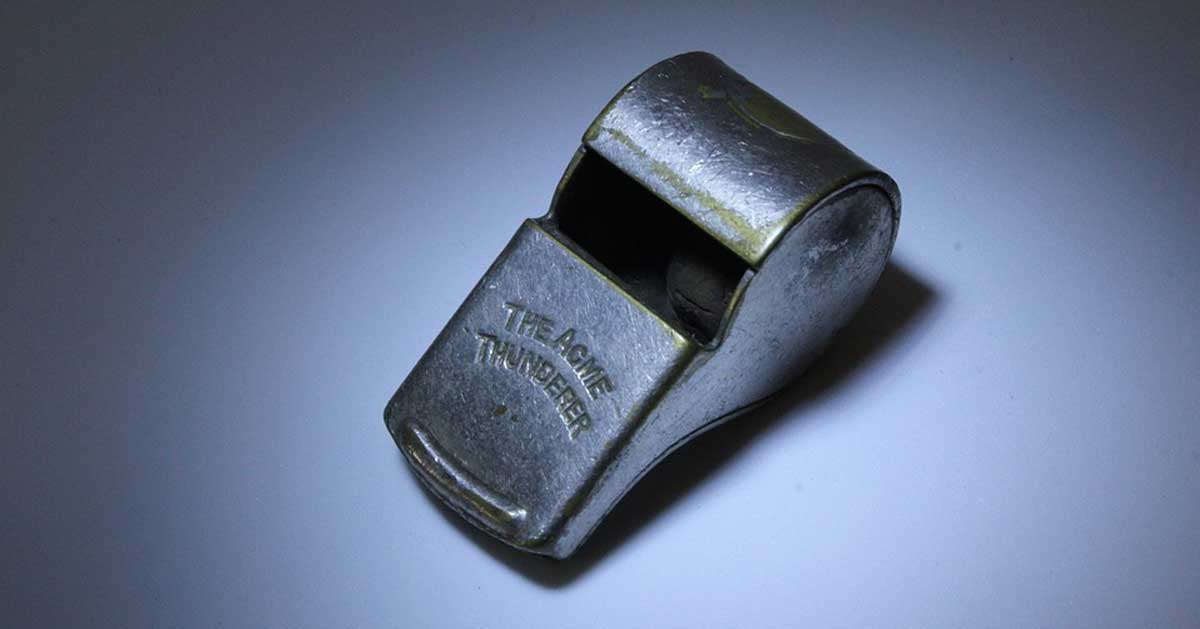 Is “whistleblowing” one word or two? By 1963, the phrase had become a hyphenated word, whistle-blower. In the 1960s, reporters used the word/phrase when reporting on people like Ralph Nader—people who revealed “wrongdoing.” Wrongdoing started as two words but morphed. Today no respectable scribbler would dare write, “A whistle blower revealed the wrong doing.” Blowing the whistle became an art form in active voice and a catchy phrase when JFK was in office.

It isn’t just word-style that’s changed. Whistleblowing is now a full-blown ethical debate, pun intended. What are the ethics of whistleblowing?

There are at least two camps where whistles are blown ethically, or not. The ideological camp maintains that whistleblowing is ethical because it’s a form of civil disobedience and aims to protect the public from government wrongdoing. The political camp, in opposition, sees whistleblowing as unethical. This camp sees it as a breach of confidentiality.[1] As pols would put it, “They are telling on us.”

The most famous whistleblower was Deep Throat.[3] That was the nickname The Washington Post gave former FBI Associate Director W. Mark Felt. He blew the whistle on President Nixon’s connection to the 1972 Watergate break-in. Nixon stepped down in 1974, earning the distinction of being the only US president to resign from office.

In second place, who could forget Daniel Ellsberg, the military analyst who leaked the “Pentagon Papers?” That case also involved a US president, Lyndon B. Johnson. Crossing the line in third place is the infamous Edward Snowden, the NSA contractor who leaked classified documents revealing that the federal government gathers information on private citizens as part an electronic-surveillance program. Out of the money, running in fourth place was Bradley Manning, a US Army soldier, who turned over classified military and diplomatic records to the anti-secrecy group WikiLeaks. The only woman to make the top five in whistleblowing is Linda Tripp. She is the former White House and Pentagon employee who helped uncover the President Clinton-Monica Lewinsky scandal in 1998.

The most recent famous whistleblower is still secret. He or she is credited with impeaching President Donald Trump. We don’t know the Trump whistleblower’s name. But he/she is a US intelligence official who revealed that President Trump urged the President of Ukraine to gather evidence of wrongdoing by former Vice President Joe Biden.

The dilemma is real. We want to know whether our intelligence community can be trusted but we know they must act secretly. If government, especially those people with security clearances, is abusing the privilege for private gain, we want to know about it. At least one study has proposed “a new type of oversight through a specialized ethical whistleblowing framework. . . First, outline what intelligence wrongdoings justify whistleblowing; second, whether whistleblowing is the correct remedy, third establish what form the whistleblowing should take.”[4]

The question is real. A May 2020 research paper said it well in the title: “The Ethics of Whistleblowing: Social Responsibility or Loyalty?”[5] The article’s written abstract posed the question as an antidote to suppression. “Should people tell the truth or obey orders when these two are in conflict?”

The question is timely. What are our ethical parameters vis-à-vis the COVID-19 global pandemic? What are they in the narrow context of glossing over the pandemic because the political costs are overwhelming? Will the pandemic disappear, poof, in time to ensure certain incumbents stay in office? None of that can happen without whistleblowing.

Whistleblowers are the personification of an ethical and leadership paradox. Their alarms should be a rallying call to vote your conscience, not your party preference.

The average citizen or writer knows little about whistleblowing. Who even knew there was a Red Flag Reporting website? “It is a simple yet highly effective ethics hotline, safety hotline, fraud hotline and whistleblower hotline program designed to educate and empower people with tools to detect and report unethical and unsafe behavior. Bringing red flags to light before theft grows or work conditions lead to litigious situations can be the key to protecting your organization’s employees, goodwill and bottom line.”[6]

In America, we blow our whistles in English. But at Canary Whistleblowing.com, you can blow in many languages. “We offer our whistleblowing services in multiple languages: English, French, Bahasa Indonesia, Bahasa Melayu, Thai, Filipino, Vietnamese, etc.” They offer “most effective” fraud detection tools—bribery, embezzlement, corruption, and other fraudulent activities and abuse might have been occurring right under your noses. Being concerned of adverse consequences as persons who blow the whistles, your employees who might witness the misconducts have opted to keep silent for months or even years while the perpetrators keep stealing your organizations’ valuable assets.”[7]

No ethical quiz about whistleblowing is complete without an overview of qui tam litigation. It is to whistleblowing what winning is to football teams and gambling addicts. No one knows how many whistles are blown in any given year. But a large percentage would remain silent if qui tam litigation did not exist. In common law, a writ of qui tam is a writ through which private individuals who assist a prosecution can receive for themselves all or part of the damages or financial penalties recovered by the government as a result of the prosecution. Its name is an abbreviation of the Latin phrase qui tam pro domino rege quam pro se ipso in hac parte sequitur, meaning “[he] who sues in this matter for the king as well as for himself.”[8]

In the US, qui tam litigation falls under the False Claims Act,[9] which allows a private individual, or “whistleblower” with knowledge of past or present fraud committed against the federal government to sue on its behalf. Any citizen wanting to be king for a day should try qui tam—it’s free of charge if you win, but can ruin your life if you don’t. The ethics of a qui tam writ are fodder for a separate blog. 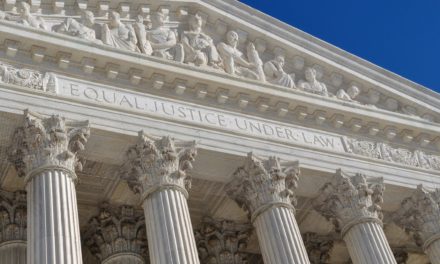 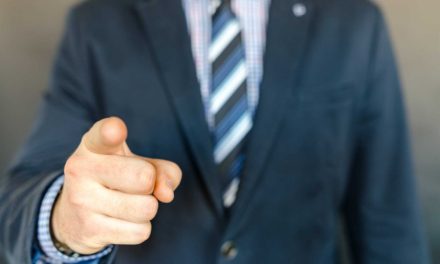 The Ethics of Recriminations

The Ethics of Writing Impeachment 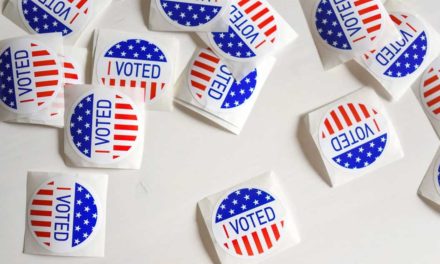