The title itself—The Ethics of Writing True Crime—defines the first ethical norm. The crime you’re writing about must be true, as in it actually happened the way the author says it happened. The names, dates, victims, villains, and plot lines are true. What other ethical obligations might a true-crime writer have?

True crime is a nonfiction literary, podcast, and film genre in which the author examines an actual crime and details the actions of real people. The first ethical question is an evaluation of whom might be harmed if the writer is “unethical.” Authors owe ethical duties to their readers, the true characters in their books, public citizens like cops, lawyers, judges, correction officers, investigators, and non-readers whose lives might be disrupted by the author’s story. They owe contractual obligations that take on ethical constructs to their publishers and editors. They owe somewhat elusive ethical duties to the writing community: honesty, decency, empathy, and fair play.

By identifying a book as true crime, ethical obligations are due to the true characters in the book. We should be above reproach, not exaggerate, offend, or glamorize the crime or its perpetrators. In every true-crime story, there are grim, violent, brutalizing facts. How the author presents them may invoke basic notions of decency and fair play.

True-crime authors also owe ethical considerations to their readers. At a minimum, readers are entitled to accuracy, certainty, thoroughness, and the avoidance of words or phrases designed to shock, titillate, enrage, or depress. When we write nonfiction “novels,” we use narrative nonfiction techniques. But we should also consider that true crime is a unique genre. It has the inherent capacity to shock, scare, and send readers to their mini-bars or their medicine cabinets.

For psychologist Dr. Meg Arroll, the darkness of the subject matter is what makes true-crime stories so compelling. “As humans, we want to understand the darker side of our nature,” she says. “True-crime stories allow us to explore that in a safe way, from a safe distance.”[1]

What about legal obligations, which can be thought of as ethical norms? The law is a predicate of right and wrong. Privacy torts allow characters, victims, witnesses, lawyers, prosecutors, cops, and others involved in the “true crime” to sue. There are at least four types of privacy torts in most states: revealing private facts, intrusion, false light, and appropriation.

The nation’s thirst for true-crime books may have started with Truman Capote’s In Cold Blood, Vincent Bugliosi’s Helter Skelter, Cathy Scott’s The Killing of Tupac Shakur, or Ann Rule’s The Stranger Beside Me. Those high-selling books were written like a novel, but narrated as real criminal cases. Defamation can also raise legal issues. Nonetheless, if the book accurately states the facts from a public record, then privacy and defamation are smaller legal concerns. “As for the right of publicity, there is a public interest in telling a newsworthy story, so the cast of characters in a True Crime story has less expectation of privacy.”[2]

Not just any criminal case will do for the subject matter of a true-crime book. The crime and its cast of characters with intersecting paths have to intrigue the reader. Often, the psychological insights and legal and clinical analysis lead the reader to understand both the crime and its consequences.

True-crime perpetrators like Ivan Milat, Ted Bundy, and Jeffrey Dahmer were profiled in many true crime books. Some also included references to their victims: Deborah Everist, Caryn Campbell, or Tony Hughes. Mentioning their names and connecting them to their killers is not unethical. But how much further can, or should, an ethical author go? An August 2019 article addresses those issues under the headline, “Glamorizing violent offenders with ‘true crime’ shows and podcasts needs to stop.”[3]

All true-crime writers should be sensitive to how readers might react, especially readers related to victims. A website says, “Don’t Use My Family for Your True Crime Story.”[4] That’s not just good advice from a victim’s relative; it can rise to an ethical breach.

True-crime authors are not limited to just books. There are playwrights, scriptwriters, and film producers who collaborate on selling true crime to an eager audience. The psychological appeal of ‘true crime’ entertainment gets larger every year. As a genre, true crime has had a major resurgence in popularity in the last five years. “This is thanks in part to series like ‘Serial,’ the addictive 2014 podcast about a man named Adnan Syed who was convicted of murder and recently granted a retrial. Making a Murderer, the binge-worthy and controversial Netflix documentary, also gained a large following as it explored a grisly murder and the American judicial system.”[5]

“Grisly” is itself not an ethical norm. Neither is brutality, banality, or grotesque. But those emotional reactions are part of the psychological damage that can come from reading true crime.

Psychologists like A.J. Marsden believe, “One reason true crime might be so fascinating is because it offers us a glimpse into the deviant parts of the human psyche. . . We’re drawn to these stories. . .partly because we want to understand the motivation behind such gruesome, bizarre, senseless acts of violence. We want to understand because we are afraid.”[6]

If so, what role do authors play in writing to make our readers afraid? Most would say that’s part of our job—readers ought to be afraid, and true-crime books are good because they forewarn. In a real-world practical sense, true-crime writers cannot pick their readers. The best true-crime writers have longstanding readers who like what they read and are not harmed—they are entertained.

What about the “whole truth?” There’s a book about that. The Whole Truth: The Implications of America’s True Crime Obsession, by Megan Boorsma.[7]

Who reads true crime? Amanda Vicary is a social psychologist and professor at Illinois Wesleyan University who studies the social psychology behind crime and media use. “Like millions of other Americans, Vicary is a self-professed true-crime addict and has noticed that statistically, true-crime devotees are most likely to be women. . . ”[8]

Despite gender preferences, true-crime writing is tremendously popular. That fact alone should give us pause. What we say about a true crime will impact the people in the book and those who read it. At the very least, we should be writing with them in mind, being careful about what we say lest we say too much, too little, or too grisly.

[1] Clare Thorp, “TV dramas, documentaries, books and podcasts about real-life crime stories have never been more popular, but why do we love the genre?” https://www.telegraph.co.uk/tv/a-confession/why-do-we-love-true-crime/ 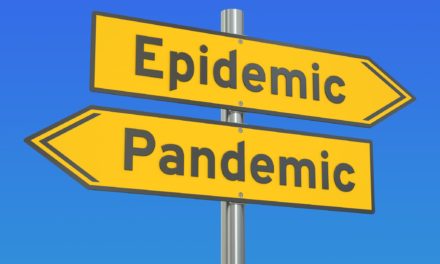 The Ethics of Writing About Pandemics 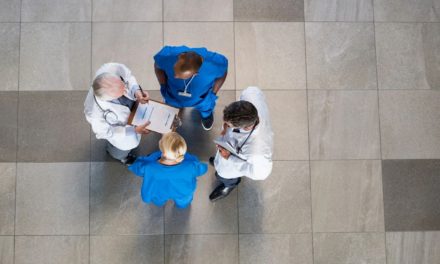 The Ethics of Writing Crisis Standards of Care in 2020 America 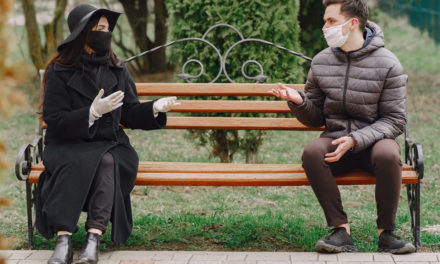